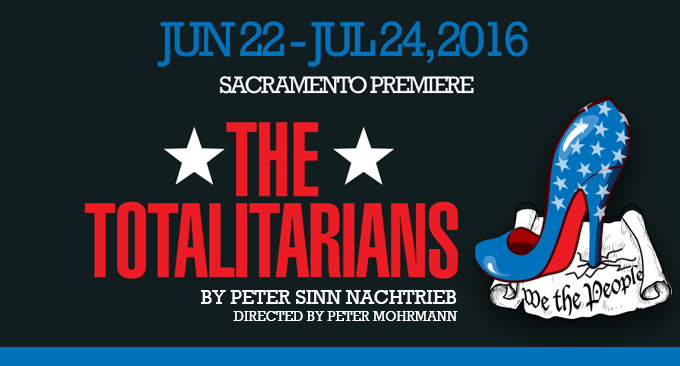 June 22 – July 24, 2016
Sacramento Premiere
Channeling the subversive spirit of The Colbert Report, THE TOTALITARIANS is a viciously funny vivisection of the farcical frenzy that is American politics. When dopey Nebraska candidate (and former roller derby star) Penelope Easter surges in popularity following a go-for-broke speech, her adviser Francine embarks on a wild ride of professional and personal upheaval as she fights to push her client onto the national stage. Like Dr. Strangelove and other great satires, Peter Sinn Nachtrieb’s raucous dark comedy digs into the hypocrisy of politics with scathing wit and reckless abandon, featuring a script that DC Metro Theatre Arts hailed as “one of the most intensely insane pieces of comic writing to take the stage in a very long time.”