Drawing on current research in artificial intelligence, robotics, and the possibility of

“downloading” human consciousness as a means of extending the human lifespan, UNCANNY VALLEY charts the relationship between Claire, a neuroscientist, and Julian, a non-biological human. The play explores the painful divide between creator and creation, the inherent unpredictability of consciousness, and how we are redefining what it means to be human in the 21st century. Playwright Thomas Gibbons is the recipient of seven playwriting fellowships from the Pennsylvania Council on the Arts, a Roger L. Stevens Award from the Fund for New American Plays, an NAACP Theatre Award, two Barrymore Awards for outstanding new play, and a Pew Fellowship in the Arts.

“UNCANNY VALLEY is the kind of play Capital Stage exists to produce, and it is not to be missed…” – The Sacramento Gazette

“…fascinating and absorbing… much fodder for after-theatre discussions and debates.”
– SN&R

“…Fascinating… Wiles’ brilliant performance anchors the play with a remarkable transformation that maintains a slight other-worldliness even as he becomes a seemingly complete human being.” – The Sacramento Bee 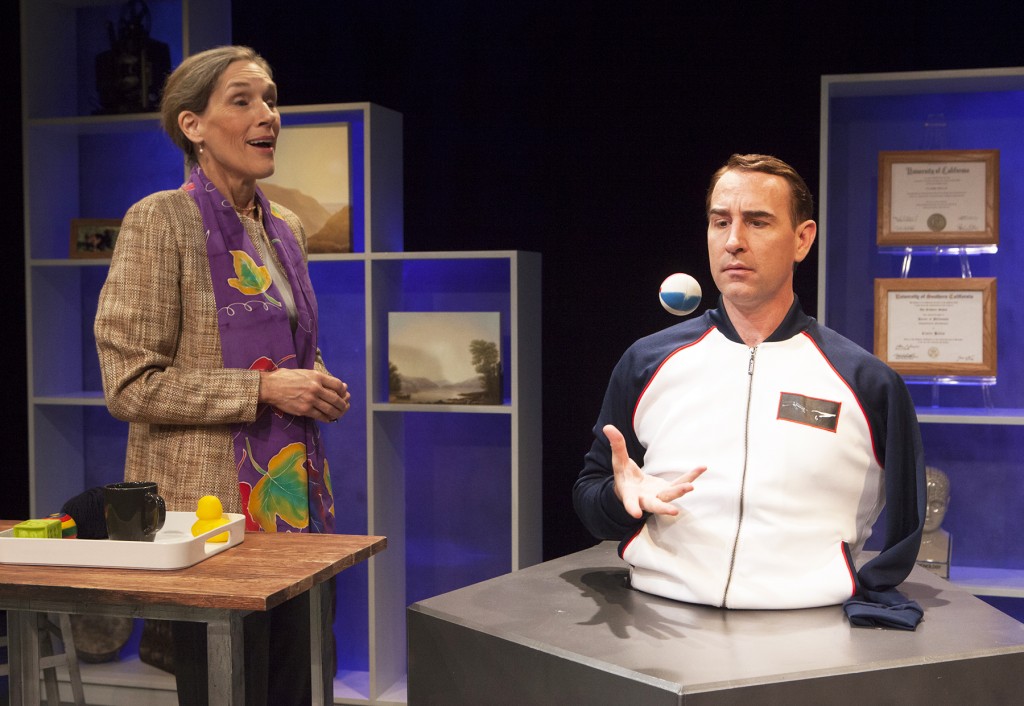