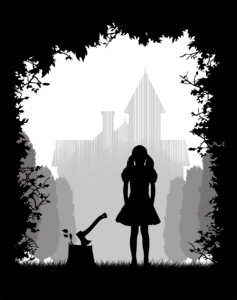 The Nether is a virtual wonderland that provides total sensory immersion. Just log in, choose an identity and indulge your every desire. But when a young detective uncovers a disturbing brand of entertainment, she triggers an interrogation into the darkest corners of the imagination. Winner of the 2012 Susan Smith Blackburn Prize, and seven 2013 L.A. Ovation Awards including Best New Play, The Nether is both a serpentine crime drama and haunting sci-fi thriller that explores the consequences of living out our private dreams.

“It’s unlikely you’ve seen anything like ‘The Nether,’ where nothing is quite what it seems, but where just about everything, one way or another, is astonishing.” SF Chronicle

“As a parable for where we’re headed on that big old highway in the digital sky, THE NETHER exerts a viselike grip, while taking you down avenues of thought you probably haven’t traveled yet.” The New York Times

“This play is supposed to make audiences feel uncomfortable, and it does. That’s what cautionary dystopias are designed to do, and by that standard, ‘The Nether’ hits a bull’s eye in artistic terms.” Capital Public Radio

“Compelling science-fiction tells more about the present than what has yet to come. ‘The Nether’ does exactly that.” Voices: River City