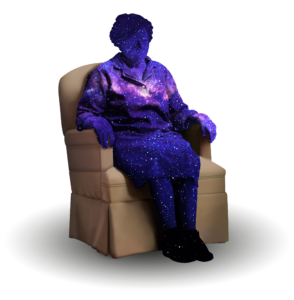 It’s the age of artificial intelligence, and 85-year-old Marjorie — a jumble of disparate, fading memories — has a handsome new companion who’s programmed to feed the story of her life back to her. What would we remember, and what would we forget, if given the chance? In this richly spare, wondrous new play, Jordan Harrison explores the mysteries of human identity and the limits — if any — of what technology can replace.

“Jordan Harrison’s elegant, thoughtful and quietly unsettling drama operates by stealth, landing skillfully targeted punch after punch, right where it hurts. It keeps developing in your head long after you’ve seen it.”
The New York Times