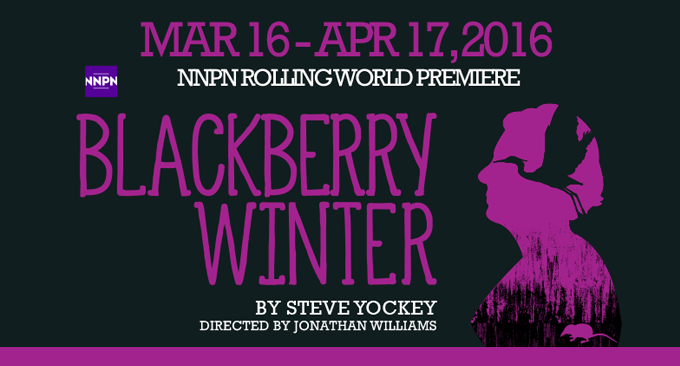 “You’ll laugh much more than you’ll cry… As played by the endlessly resourceful Amy Resnick, Vivienne becomes a tenacious Everywoman, encapsulating and verbalizing the experience of generations.” – Sacramento Bee

Years of success, meticulous planning, and an eye for detail have in no way prepared Vivienne Avery for her mother’s slide into the grip of dementia. Initially hiding behind insomnia-fueled baking and a polite smile, stories about her mother leave Vivienne’s inner turmoil quietly laid bare on stage. BLACKBERRY WINTER juxtaposes these stories, large theatrical gestures, and a childlike Alzheimer’s “creation myth” to recount one woman’s witnessing of the inevitable.

“…Another REMARKABLE production that cuts to the heart of a most difficult issue… Ms. Resnick’s performance alone is reason enough to see this EXCELLENT production.” – Sacramento Gazette

WITH GRATITUDE FOR A GENEROUS ANONYMOUS DONOR